Ministering to Muslims in North America

Home / Articles on Islam / Ministering to Muslims in North America

An interview with Don McCurry

He was a missionary in Pakistan (1957 to 1975), directed the North American Lausanne Consultation on Muslim Evangelism (1978), founded the Zwemer Institute of Muslim Studies and edited The Gospel and Islam (1979), and founded Ministries to Muslims (1998) and the Ibero-American Institute of Transcultural Studies in Malaga, Spain (1998).

Now in his 90s, Don McCurry is still going strong, mentoring others in the ministry and writing his fifth book on Islam. We interviewed him about Islam in North America.

30 Days: The previous 29 versions of 30 Days of Prayer for the Muslim World focused on Muslims around the world. What’s different about Muslims in North America?

Don McCurry: When I go to the mosque here in Colorado Springs, I see maybe 100 to 150 men from 20 different countries. Mosque-goers are usually the more conservative Muslims, but 90 percent of North American Muslims don’t go to mosques.

Those who don’t go to mosque still call themselves Muslim and would never think of leaving Islam, but they are somewhat more secular and tolerant. They may pray in the morning and evening, but not the other three times during the day. Their wives are rarely veiled.

You can compare them to Christians who attend church only on Christmas and Easter. And many of these Western Muslims would like to have a Christian friend.

30 Days: How have Christians changed in their outlook and ministry towards Muslims in the 65 years since you first went to Pakistan as a missionary?

Don McCurry: Back then, my Christian friends were experts at tearing the Qur’an to pieces and trying to win debates. But my perspective changed in Pakistan when I realized this approach was counterproductive.

Like Hudson Taylor in China, I began to investigate contextualization, asking, “How much of their culture can I enter into without compromising my faith?” This approach led us to redesign how our house was furnished so that it resembled a Muslim house. We wore clothes similar to their clothes. That’s when we found doors opening to us that were not open to other missionaries.

I’m very circumspect about syncretism and compromise but feel we can go a long way to accommodate ourselves to their dress codes, eating habits and social activities.

Don McCurry: Theologically, God is the primary actor. He does things sovereignly. Humanly speaking, we have discovered that when stress comes into Muslim lives, they realize that Islam does not satisfy their needs or give them peace. Many look elsewhere for answers.

Stress has many causes: poverty, unemployment, and the sight of Muslims killing Muslims. Being a refugee brings stress. With the displacement of millions of Muslims due to wars and poverty, many Muslims are disillusioned and open to an alternative to Islam.

On the other hand, stress drives some Muslims to “return to their roots,” by becoming fundamentalists or even jihadists in an effort to be “good Muslims.” Still others embrace occult forms of folk Islam. Westerners largely underestimate the power of the spirit world on the everyday life of a Muslim.

Stress can also open up Muslims to friendships with caring Christians who will pray for them. This opens their eyes to what Christians are all about. Through the Scriptures, Muslims discover the real Jesus. This often leads them to begin a slow process of no longer going to mosque, no longer calling themselves Muslim, and gradually becoming followers of Jesus. This is going on all over the Muslim World. It’s harvest time in the Muslim world.

30 Days: Do you see many evangelical Christians today who view Muslims primarily as terrorists and evil people and who support discrimination against them?

Don McCurry: The true evangelical loves Jesus, looks at the world through His eyes, and is open to the work of the Holy Spirit. But secularized, syncretistic evangelicals tend to look at things politically. Because of the inroads of secularism, people’s opinions become politicized, and they act more like people of the world than they do true Christians.

30 Days: What role do you think the 30 Days of Prayer movement has played?

Don McCurry: I feel that the dissemination of this prayer guide has changed people’s attitudes toward Muslims and helped them become more aware of their needs. Christians have begun to pray for Muslims, and they see them as part of the harvest instead of a problem. 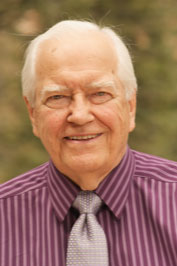